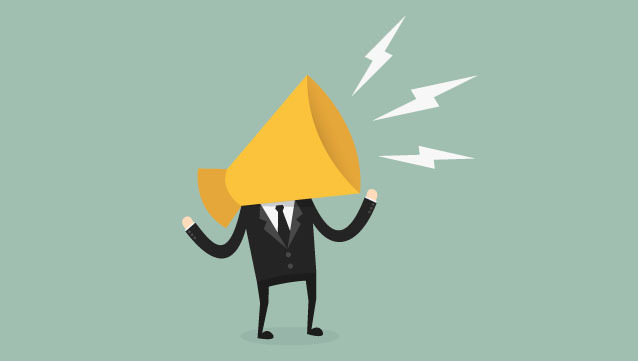 An article from the French newspaper Le Parisien, published on 7 February 2020, reported:“Li Wenliang was hailed as a whistleblower by public opinion and the government after being silenced by the authorities. On December, 30, 2019, the young doctor had reported the information that a virus similar to SARS was spreading in Wuhan.” Li Wenliang died of COVID-19 on February 6, 2020, after treating  affected persons.

Even if all around the world, whistleblowers can suffer from reprisals impacting their lives or those of others, the extent to which these people are legally protected is a “democratic marker”[i].

The European Union (EU) formulated a Directive adopted on 23 October 2019 to protect people who signal an alert about a violation of EU law[ii]. This Directive instructed the 27 Member States to create or adapt a law that respected these dispositions before December 2021. Otherwise, Member States would be punished by the Court of Justice of the EU.

France is one of 10 EU Member States that has a statute on the protection of whistleblowers[iii]: the French law “Sapin II” has been in force since 10 December 2016[iv]. France was a pioneer in Europe in creating a whistleblower statute and a definition of the whistleblower.

Despite this positive development, the press, legal practitioners, academic and legal doctrine request proof of efficacy for any system of legal protection.

In 2016, the Sapin II Act included a definition of the whistleblower that defines whether he or she is entitled to protection by the law and if so, the areas covered: health, environment and economic. It defines whistleblowers as “individuals (thus excluding legal entities) disclosing or reporting, in good faith and selflessly, a crime, offence, violation of an international commitment, law or regulation infringement, threat or important prejudice to the general interest of which they became aware” (Article 6).

The French statute departs from the dispositions of EU Directive in certain respects. First, there is no need to be in a work relationship with the organization against which the alert is directed in order to benefit from the protection. Second, protection is extended to a person who signals an alert about a “violation of an international commitment (…) or a prejudice to the general interest”, incorporating all business areas. The first French statute protecting whistleblowers concerned only the areas of health and environment[v].Thereby, the Sapin II Act of 2016 allows the extension of whistleblower status not only to an employee who denounces a tax fraud at his firm, but also to a scientist who sounds the alert regarding the toxicity of products that are dangerous to public health.

Has the French protection system for whistleblowers had any effect?

France has certainly been a source of inspiration for the writing of the EU Directive, but this does not guarantee that whistleblowers are effectively protected in the country.

At least three reasons can explain these failures of the Sapin II Act:

The French government and legislator[viii] have incorporated into the country’s Labour Code a right of alert for Social and Economic Committees (SECs). For an organization with between 11 and 50 employees, the SEC can alert the employer when the rights of individuals are affected, in cases of serious and imminent danger or risk for public health or the environment[ix]. In companies with at least 50 employees, the SEC also has a right of economic and social alert[x].

That means an employee whistleblower can alert the SEC. This avoids reprisals from the employer because they do not bear individual responsibility for the denunciation of the prejudice. However, it is not always possible to utilise the SEC, for these reasons:

The EU Directive stipulates that an internal reporting procedure must be guaranteed and secured in all private organizations with 50 staff members or more by December 2021. For companies with less than 50 employees, the State, trade unions or staff representatives have until 2023 to set up an internal reporting system in the company.

Does the Sapin II Act comply with the EU Directive 2019/1937 on the protection of persons who reports breaches?

On the scope of application of the law for whistleblowers

The EU Directive defines whistleblower as “a natural person who reports or publicly discloses information on breaches acquired in the context of his or her work-related activities”. The “reporting person” must be in a worker relationship past, present or future with the organization responsible for the violation (Articles 4 and 5). The definition of French law is less restrictive because it allows not only employees, but also any natural person outside of an employment relationship, to denounce a violation. The EU Directive expressly indicates that Member States must not weaken any previous resolutions that they have already integrated, if those resolutions are more favourable for the whistleblower[xii].

On the material scope of application

Regarding the Sapin II Act, fields that are still excluded from the material scope are national defence, solicitor-client privilege, and medical secrecy (Article 6). For these, it will be necessary to create a“specific legislation for people who work in the area of national security.” (Sylvain Waserman)[xiii].

Nonetheless, the Article 2 of the EU Directive details clearly, precisely, and unconditionally the areas in which Member States will not be able to avoid the protection of whistleblowers. In this regard, France will had to protect whistleblower in these excluded fields because “protection appears justified and necessary on the basis of currently available evidence”[xiv] (government procurement, financial service, radiation protection and nuclear safety, etc)[xv]

If Member States neglect to open their legislation on whistleblower protection in these areas until the end of 2021, they risk being sued by an individual[xvi].

Will France succeed in transposing the EU Directive to set up a balance between its legal standing as “a visionary architect” (all areas and definition) and effective whistleblower protection law (authorities’ and organizations’ ability and willingness to act)?

The first proposal for an ordinary law on effective protection was adopted in its entirety, whereas the other draft organic law, about the creation of a general inspection system, was rejected.

The most important points agreed by the Members of Parliament are as follows to improve the existing Sapin II Act:

Toextend to legal persons, in order to enforce the role of SEC (means staff representatives) who have legal standing to act for whistleblower. This transposition will be welcome as an improvement of the EU Directive.

However, Members of the French Parliament are still debating certain aspects which not still exist to include on the next protection act: :

The obligation to transpose the EU Directive into French national law[xxi] will make whistleblower protection mandatory from December 2021. Any failure to do so could be considered as an obstacle to freedom of expression, since this fundamental freedom is protected by the European Union[xxii]. A second reading of the new statute took place on 26 March 2020, but the COVID-19 pandemic has reoriented the priorities of the National Assembly. The intention of the EU remains neverthertheless to strengthen and secure democracy.

[ii]  Directive (EU) 2019/1937 of the European Parliament and of the Council of 23 October 2019 on the protection of persons who report breaches of Union law.

[iii]» Sylvain WASERMAN, Report Doc. 14958 of 30 August 2019, Parliamentary Assembly of the Council of Europe, “Improving the protection of whistle-blowers all over Europe”.

[vi]  See, for example, Dr. Irène Frachon’s warnings about the lethal nature of the drug Mediator.

[vii]  See, for example, Denis Breteau’s loss of his job after revealing the illegal tenders of SNCF in favour of US giant IBM (though he was subsequently reinstated under the Sapin II law).

[xii] Paragraph 104 of the Directive (EU) 2019/1937 of 23 October 2019 “The transposition of this Directive should, under no circumstances, provide grounds for reducing the level of protection already granted to reporting per­sons under national law in the areas to which it applies.”

[xiv] Paragraph 106 of the Directive (EU) n° 2019/1937 “The material scope of this Directive is based on the identification of areas where the introduction of whistle­blower protection appears justified and necessary on the basis of currently available evidence.”

[xvi] Judgment of the Court of Justice of the EU (now CJEU), Van Duyn, of 04/12/1974, “Where a provision of a EU Directive is legally clear and unambiguous (…) is directly applicable so as to confer on individuals rights enforce able by the minthe Courts of a Member State.”

Very toxic undeclared products in new glyphosate-free herbicides
To believe that Roundup is Glyphosate, the most common mistake