To believe that Roundup is Glyphosate, the most common mistake 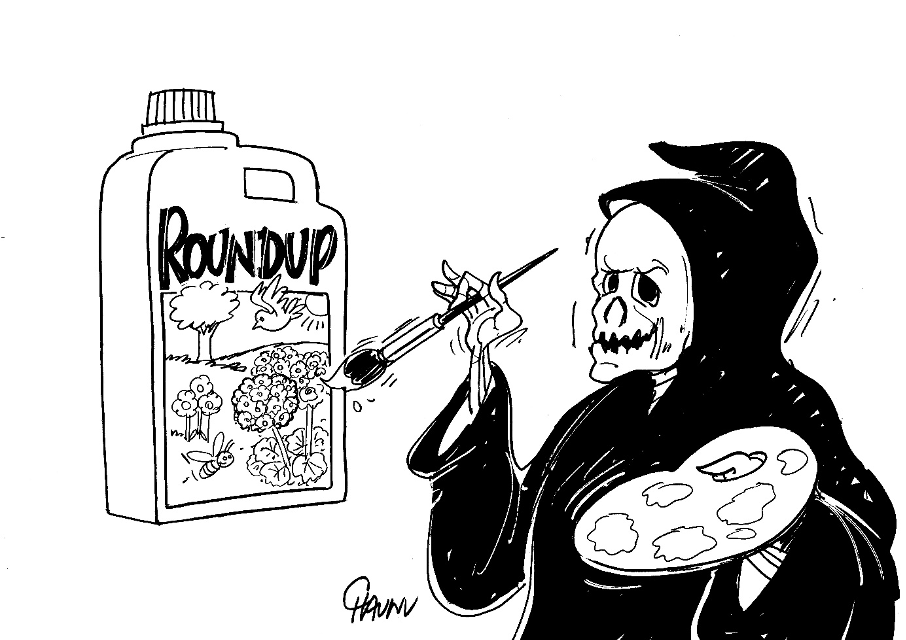 Still today, most journalists and the media, and even some scientists, confuse glyphosate and Roundup. This is the most widely used herbicide in the world, including on agricultural GMOs in which it penetrates, like in our bodies. Among all pesticides, it is the major class. This is because the company Monsanto (now Bayer) declared only the chemical glyphosate in Roundup, as the active ingredient. However, my group has demonstrated in numerous peer-reviewed scientific papers since 2005 (see Research Papers section below), and up to 2018, that Roundup was containing numerous toxic compounds besides glyphosate, including petroleum residues and heavy metals such as arsenic. All of this is thousands of times more toxic than glyphosate. It is not declared by the company and considered as inert confidential adjuvants.

This is a huge fraud according to the Court of Justice of the European Union (1st Oct 2019, aff. C 616/17, point 75). These products have not been properly declared with all their toxic formulants, and not assessed on the long term. Monsanto has been condemned several times because Roundup can cause cancers; still their defenders maintain a false and stupid debate on glyphosate alone. To remove glyphosate alone from Roundup or similar herbicides will not change the issue.