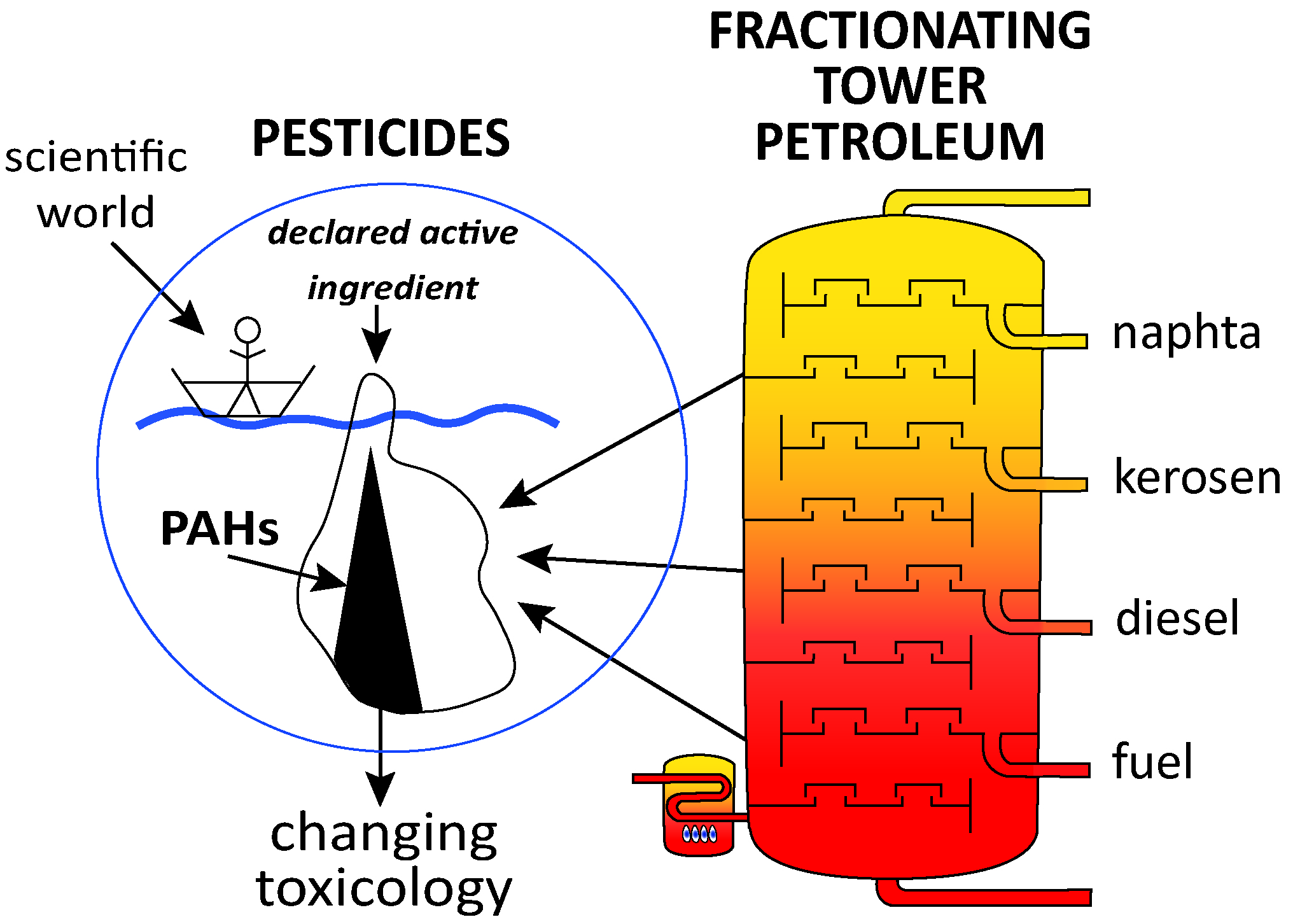 Toxicological studies on pesticides largely focus on the declared active ingredient, which constitutes only a few percent to 50% of the total formulation. The complete formulations as used everywhere are not revealed by manufacturers. For each declared active ingredient, there are dozens or even hundreds of formulations. We demonstrate that petroleum has always been and still is in pesticides. Gas chromatography-mass spectrometry (GC-MS) was applied for 24 pesticides. The compounds measured were the 16 priority polycyclic aromatic hydrocarbons (PAHs) in petroleum. They were up to 8288 times more toxic than declared pesticides. The levels and distribution of PAHs by pesticide were different. Oil residues appear to be from waste. The declared active ingredient is taken alone for toxicity calculations, such as the Acceptable Daily Intake (ADI). PAHs with 2-3 cycles are more represented in pesticides than those with 4-6 cycles, which underlines that petroleum residues seem to come mainly from unburned raw materials. The ADI must be divided by 1000 if it is considered that petroleum residues amplify toxicity by 1000, for example. The mixture of PAHs in pesticides can be highly carcinogenic or toxic in the long term, even more so than the declared active ingredient itself. The global, ecological, and epigenetic impact of pesticides is thus better understood because they have been made of petroleum since 1787 and especially since the Second World War especially in agricultural environments, in particular by « grasshopper » effects. Faced with this observation, it is legitimate to reassess the toxicology of pesticides and to greatly reduce their use. An international public health study of food, and on professional and private users of these products would be relevant, in the context of an environmental forensic investigation into this problem. This study could be carried out jointly by the Ministries of Justice and the Environment and parliamentarians, as is currently being done by the consortium of associations and NGOs Secrets-Toxiques with an European petition (www.secretstoxiques.fr).

Glyphosate, Roundup and the Failures of Regulatory Assessment